TPO Foundation Director, Associate Professor Zilka Spahić Šiljak, PhD, emphasized the importance of establishing mechanisms for the prevention of gender-based violence and the promotion of gender equality at universities, which should result in a change in the general and organisational culture in the academic community. “This is the first step we have taken with the support of the Embassy of the United Kingdom, and now follows a large number of activities that we will carry out in cooperation with partner universities.”

Gender-based violence is violence directed against a person because of their gender, gender identity, or gender expression, or violence that affects persons of a particular gender disproportionately. This can result in physical, sexual, emotional, psychological, or economic harm to the victim.

The UN Declaration on the Elimination of Violence against Women (1993) defines it as “any act of gender-based violence that results in, or is likely to result in, physical, sexual or psychological harm or suffering to women, including threats of such acts, coercion or arbitrary deprivation of liberty, whether occurring in public or in private life.”

Gender-based violence (any form of physical, sexual, psychological, economic and social violence perpetrated against a person or group of people because of their sex or gender, including threats of such acts, regardless of whether they occur in public or private life at the individual or institutional level, as well as any form of violence that disproportionately affects persons of a certain gender.

The World Health Organisation, in its 2002 World Report on Violence and Health, states that sexual violence is “any sexual act, attempt to obtain a sexual act, unwanted sexual comments or advances directed against a person’s sexuality, by any person regardless of their relationship to the victim or their condition. It is characterised by the use of force, threats or blackmail to endanger the welfare and/or the life of the victim or persons close to them.”

Gender-based harassment is unwanted and inappropriate behaviour that belittles, humiliates, or degrades a person in his or her role as a man or woman based on a person’s assigned gender. It includes unwanted verbal, non-verbal, and/or physical behaviour associated with a person’s gender. Therefore, it is a type of harassment that is committed as a result of the gender roles of women and men in society, i.e., gender roles that are considered to be performed by women and men. Gender-based harassment occurs if a person is bullied for behaviour that is perceived as stereotypically characteristic of their gender, or because the behaviour contradicts stereotypical notions of masculinity (gender roles and characteristics of men) and femininity (gender roles and characteristics of women).

Examples of gender-based harassment are the following:

The most frequent forms of sexual violence are the following: 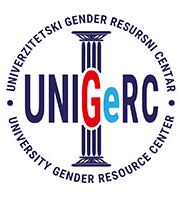